Aller au contenu principal
Claude Chevaleyre (2019), “The Abolition of Slavery and the Status of Slaves in Late Imperial China”. In The Palgrave Handbook of Bondage and Human Rights in Africa and Asia. Dir. Alessandro Stanziani and Gwyn Campbell, Palgrave, 2020, , p. 57-82.

In the West, human bondage remains synonymous with the Atlantic slave trade. But large slave systems in Africa and Asia predated, co-existed, and overlapped with the Atlantic system—and have persisted in modified forms well into the twenty-first century, posing major threats to political and economic stability within those regions and worldwide. This handbook examines the deep historical roots of unfree labour in Africa and Asia along with its contemporary manifestations. It takes an innovative longue durée perspective in order to link the local and global, the past and present. Contributors trace shifting forms of forced labour in the region since circa 1800, connecting punctual shocks such as environmental crisis, conflict, market instability, and crop failure to human security threats such as impoverishment, violence, migration, kidnapping, and enslavement. Together, these chapters illuminate the historical and contemporary dimensions of bondage in Africa and Asia, with important implications for the fight against modern-day bondage and human trafficking.
Ajouter au calendrier 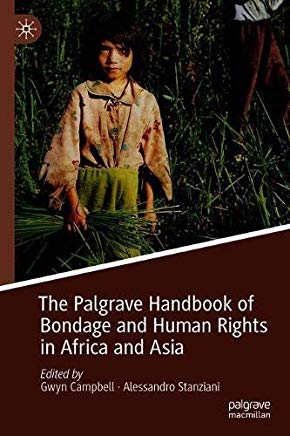