Lena Foljanty is a legal historian at the Max Planck Institute for European Legal History in Frankfurt, Germany.

Résumé : The legal reforms of the Meiji era are a widely studied topic. While research often concentrates on the new norms that were created, the lecture will offer a different perspective : that of legal practice. It will focus on the early Meiji period, when new courts were established. In tracing, how the new ideas on procedure and on the grounds of judgment were transmitted from the center to the local courts, the lecture will discuss the role of the justice ministry and of the local judges in the process of shaping a new and homogeneous culture of judgment. 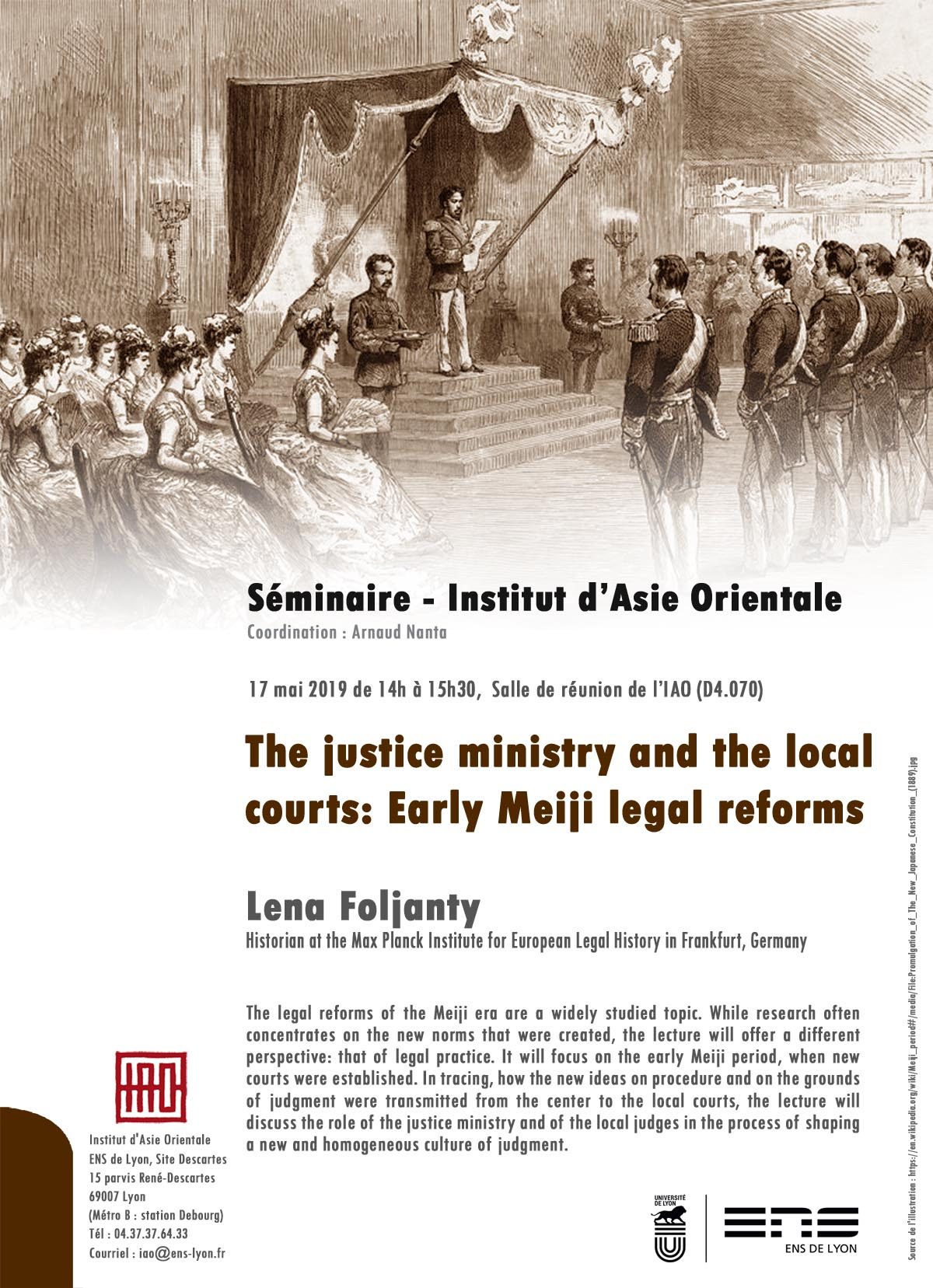