Sold People is a rarity. Based on her Ph.D. thesis,1 Johanna Ransmeier’s first monograph is the kind of book that sets a milestone and opens a new research field. In the space of 395 pages, Sold People takes the reader on a fascinating journey into the often-overlooked world of slaving and human trafficking in northern China (1870s-1930s). Although the topic has long been a recurring issue in the field of social history of the late Qing and Republican periods, few scholars had attempted to address it comprehensively and on its own right.2 For this reason alone, Johanna Ransmeier’s remarkable work will remain a landmark study and, it is to be hoped, inspire a new generation of social historians of China.
Ajouter au calendrier 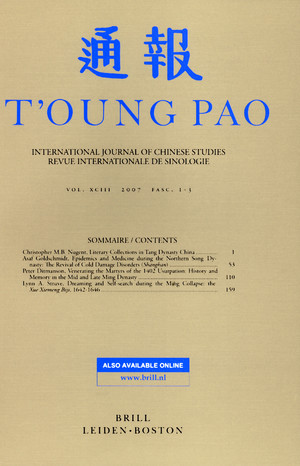