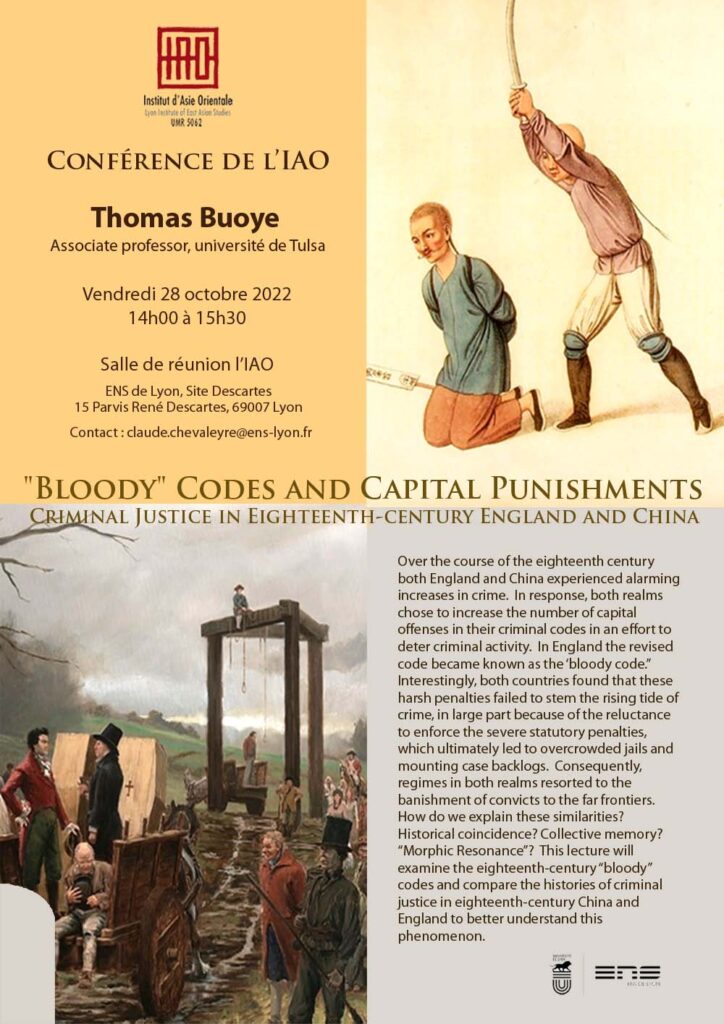 Over the course of the eighteenth century both England and China experienced alarming increases in crime.  In response, both realms chose to increase the number of capital offenses in their criminal codes in an effort to deter criminal activity.  In England the revised code became known as the ‘bloody code.” Interestingly, both countries found that these harsh penalties failed to stem the rising tide of crime, in large part because of the reluctance to enforce the severe statutory penalties, which ultimately led to overcrowded jails and mounting case backlogs.  Consequently, regimes in both realms resorted to the banishment of convicts to the far frontiers.  How do we explain these similarities? Historical coincidence? Collective memory?  “Morphic Resonance”?  This lecture will examine the eighteenth-century “bloody” codes and compare the histories of criminal justice in eighteenth-century China and England to better understand this phenomenon.