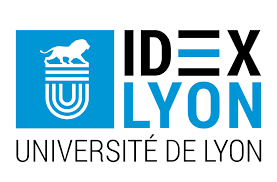 The “China Human Trafficking and Slaving Database” (CHTS-DB) project was launched in 2019 with an “Impulsion” grant awarded by Idex-Lyon. As part of the “Exploring Slave Trade in Asia” project (International Institute of Social History in cooperation with the Lyon Institute of East Asian Studies, the Linnaeus University, and the Bonn Center of Dependency and Slavery Studies), CHTS-DB intends to map the flows of human trafficking in late imperial China, to identify its networks and actors, and to unveil its interregional and transnational dynamics.

Whereas “Exploring Slave Trade in Asia” focuses on maritime slave “voyages” and “sub-voyages” operated by (Western) colonial and mercantile powers all across the early-modern Indian Ocean World, CHTS-DB primarily focuses on inland “flows” of forced human relocation and on “slaving” in late imperial China.

The primary prospect of the pilot project is to reassess preconceptions according to which slaving practices were unknown or insignificant in “premodern” China, and that Western operators trafficking in Chinese “workers” and “slaves” before and during the “coolie trade” era acquired human merchandize coming exclusively from the vicinity of China’s southern ports, either by raiding the neighboring populations themselves, or with the help of unscrupulous Chinese local officials and outlaws.

The main questions asked by this project are:

A subsequent question raised by this project is: Were there in late imperial China practices that could be readily compared with Western slave trading; or are there related practices that can be observed and recorded in the perspective of a comparative and connected history of slaving and forced relocation at the scale of Asia, maritime and continental? [Lire la suite]